Naftogaz of Ukraine in January-September 2015 supplied to consumers 14.83 BCM of natural gas, or 71% of the total market volume for the period. 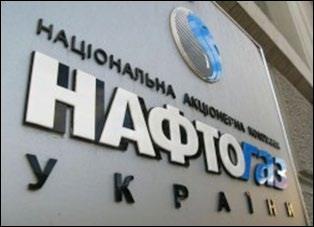 The press service of Naftogaz informs about this on the page of the company in the social network Facebook.
Naftogaz supplied to the population 1.46 BCM, or 100% of this submarket for the period.
The smallest share of the company accounts for profitable market of gas supply to industrial consumers - 1.8 BCM, or only 23%.
Naftogaz supplied to TPP 0.74 BCM of gas, to meet production and processing costs of gas distribution companies - 0.56 BCM, to budgetary and religious institutions – 0.27 BCM, that amounted respectively 99%, 88% and 82% of the total gas consumption in the country for these purposes for the period.
The share of central heating in gas supply to the population for the reporting period accounted for a little less than a third - 3.7 BCM.
In addition, Naftogaz recalled about the introduction since October 1, 2015 of free pricing in all market sectors, except for supply to the population and religious organizations, within the reform of gas market.
http://oilreview.kiev.ua/2015/12/15/za-9-mesyacev-2015-g-neftegaz-postavil-71-gaza-ot-obshhego-obema-rynka/